Skip to content
Note: This Article Will Be Updated As The Project Progresses

I finally have enough technical skill and time to create one of my most advanced projects. This project will consist of having a self-arming home monitoring system complete with an alarm and a satellite communication network. The Satcomm (satellite communication) unit will alert me via email if Castle Guardian is armed, disarmed, detects an individual & from where, as well as track their movements around the house. It will also have night vision IP cameras installed which upon activation will give me a bird’s eye view of the house complete with servos to adjust the angle. I intend on this system being nearly autonomous with the only activities requiring human input is the arming and disarming of the system.

I also intend to integrate Castle Guardian with my AARCS (Automated Animal Residency Control System) Unit, which has already been installed, but needs an upgrade. AARCS+ is the upgraded system complete with radio control, allowing each unit to communicate with Satcomm in cases such as the enclosure gets too hot/cold or if the humidity exceeds bounds. It’ll also allow me to monitor each AARCS+ enclosure at a glance anywhere around the world. This by far will be my most complicated project, & I’m ready to make it.

Consisting of HC-12’s as seen in my previous article, these radios will be connected to ATinies as they are small, cheap & are the minimum required to run the HC12 at maximum effectiveness. I’ve already tested the signal range using a nine and six dbi dipole transmitter and to my surprise the signal covers my entire house, garage, and part of the back yard where the satcomm unit will be placed. The signal got choppy once I got to the satcomm unit’s home, which will require I signal relay to route the information with minimal signal loss.

The challenge will be coding a communication protocol involving ten radios from scratch. They will have to communicate amongst each other, route data through different radios, and must interpret any data sent through the satcomm unit. To state plainly, these are the subroutines I’ll have to build from scratch:

The DEMS serves as the database where all alerts are stored. I plan to use an SD card & have the alerts saved by date so there’s a history I can playback if needed. It’s especially helpful If I’m in a remote location & want to know the status of the Castle or if something were to happen & I need to use past data as evidence. The Castle Guardian System will also need to interpret signals from the Sat Comm Network and quickly send database information to me or another Sat Comm unit.

One of the more frustrating subsystems, the SCN is the primary means of communication when I’m remote. Its job is to network with the Castle Guardian System, AARCS+ units, & Greenfield (automated hydroponics garden) and forward information either to overhead satellites to me, or receive commands I send through the satellite network and forward them to the appropriate project. 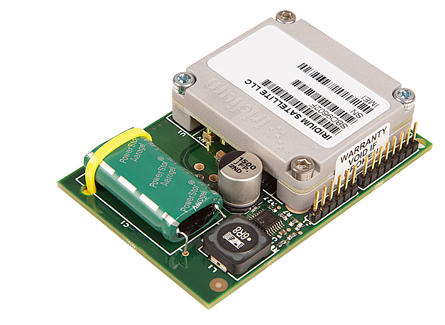 Above is the Sat Comm unit that will serve as the SCN for Castle Guardian.

Passive infrared sensors will monitor each room for temperature anomalies and report them to the command panel for further processing. Being that there’s no means of determining if the anomaly is human or a rouge draft, a sampling will be done to minimize unnecessarily activating the alarm.

The central hub is the user interface panel that controls all cameras and signals/systems integrated with Castle Guardian. It will be capable of doing health checks for all systems and sending data to the SCN. Its unique from the DEMS in that it actively sends out signals while the DEMS just records alerts.